CPL to Succeed where League1 and CSL Failed?

Things seem to be slowly improving in Canadian soccer with the Canadian Premier League (CPL) likely to be officially announced in the new year.

A big question that every soccer fan in Canada now ask themselves: can the newly proposed CPL succeed where League1 Ontario and the Canadian Soccer League (CSL) have failed?

For decades the CSL was considered the highest level of soccer in the country, Canada’s self-proclaimed professional league. It certainly was, considering there was nothing even remotely close. The MSL was and still is the United States’ league, in Canada all we had was the CSL to call our own.

It was far from perfect but it was ours.

Unfortunately, over the years different problems arose in the CSL and the idea of trying to replace it with a successor started to take shape. League1 Ontario was to be just that. An idea to bring high level professional soccer to Canadians while at the same time writing the wrongs of the CSL (professional coverage, high standards for club organization/media, and prioritize Canadian players over foreigners).

League1 Ontario was finally forged but went amiss on several of the promises it had made before its launch. Rather than become a proper professional replacement for the CSL, it became nothing more than a semi-professional provincial youth league. Hindsight is 20/20 considering majority of the member clubs were soccer academies and used the league merely as a developmental league, which it would eventually become.

As a result, the hype and excitement for the league degraded and murmurs of a true professional successor started to take hold – the CPL.

Unlike League1, the CPL reportedly plans to be played coast to coast just like the CSL once did. Member clubs are supposed to be actual professional franchises, rather than local soccer academy operations.

Finally, big money is expected to be injected into the league to help it somewhat compete with the MLS for viewership attention. Teams will of course prioritize Canadian talents but at the same time can be allowed to have some foreign talents.

The CPL sounds exactly what League1 set out to be, only on a larger scale.

It all looks great on paper but this time we have to actually learn from our past mistakes if the CPL is to truly succeed into something long-term, rather than a short lived project. 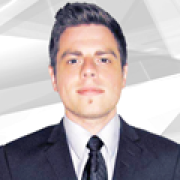